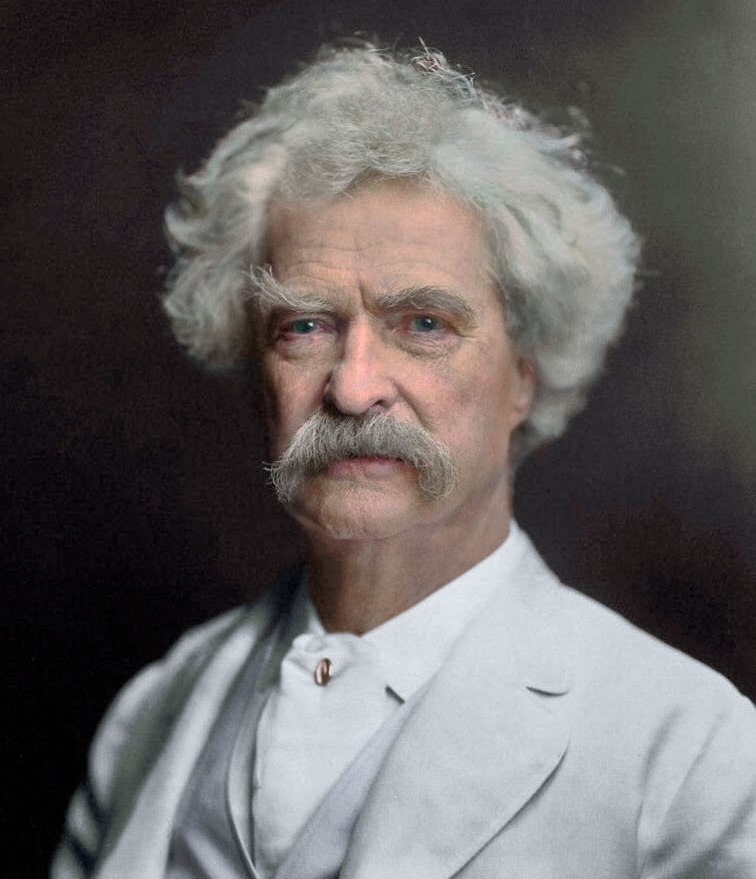 Mark Twain Expresses This Opinion, Pointing to the Massacres in Russia,
and the Life Insurance Scandals in America.

A few days ago one of the interviewers offered to let me do a Thanksgiving sentiment. I was not able to take advantage of the opportunity for I had already declined two chances and it would not be fair to be inconsistent and unreliable unless I could do good by it or there was graft in it somewhere, for the family.

Besides there is another aspect to this matter. Every year every person in America concentrates all his thought upon one thing, the cataloguing of his reasons for being thankful to the Deity for the blessings conferred upon him and upon the human race during the expiring twelve months. This is well and as it should be; but it is too one-sided. No one ever seems to think of the Deity’s side of it; apparently no one concerns himself to inquire how much or how little He has had to be thankful for during the same period; apparently no one has had good feeling enough to wish He might have a Thanksgiving day too. There is nothing right about this.

Is Everything Satisfactory to Him?

Do you suppose everything has gone to His satisfaction during the year? Do you believe He is as sweepingly thankful as our nation is going to be, as indicated by the enthusiasms which will appear in the papers on the thirtieth of this month from the pens of the distinguished persons appointed to phrase its thankfulness on that day?

We may be unstintedly thankful, but can that really be the case with Him? If He had a voice how would He regard the year’s results in Russia? What would He be thankful for there? The servants of the government in patriotic obedience to its commands have lately killed and wounded 50,000 Jews by unusual and unpleasant methods, butchering men and women with knife and bayonet; flinging them out of windows; saturating them with kerosene, and setting fire to them; shutting them up in cellars and smothering them with smoke; drenching the children with boiling water; tearing other children asunder by methods of the Middle Ages. Doubtless, the most that He can be thankful for is that the carnage and suffering are not as bad as they might have been.

He will have noticed that life insurance in New York has gone tolerably rotten, and that the widow and the orphan have had a sorrowful time of it at the hands of their chosen protectors. Doubtless, the most that He is thankful for it that the rottenness and the robberies have not been absolutely complete. He has noticed that the the political smell ascending from New York, Philadelphia, and sixty or seventy other municipalities has been modified a little — temporarily — and is doubtless thankful for the transient reprieve.

He has observed that King Leopold’s destruction of innocent life in the Congo is not as great this year as it was last, by as much as 100,000 victims, because of diminishing material; he also has noticed that America and other great powers — accessories before the fact and responsible for these murders, especially America — properly are thankful on our Thanksgiving day for nineteen previous Thanksgiving days; and without doubt He is Himself thankful that matters in the Congo are not as irretrievably bad as they might be, and that some natives still are left alive.

Not as Rosy as Ours

One is justified in fearing that the Deity’s Thanksgiving day is not as rosy as ours will appear when the Thanksgiving sentiments blossom out in our journals and that if He, now voiceless, should utter a sentiment it would be tinged with a pathetic regret.

Samuel Clemens arrived in Washington Saturday night accompanied by Col. George M. Harvey and H. E. Bowen, both of New York. They will return to New York this afternoon, it is said, after the distinguished writer has had an opportunity to meet President Roosevelt.

During the short time he has been in the city Mark Twain’s wakeful hours have been mostly taken up with social engagements. A few ours after his arrival Saturday night he was given a dinner at the Willard by Colonel Harvey, the guests including Secretary Root, Secretary Taft, and Wayne MacVeigh.

Mr. Clemens did not care to talk for publication unless he could play the role of “dictator,” and what he dictated precedes. He edited his own manuscript, and wrote at the head of it in small capitals “A SUGGESTED SENTIMENT.”

Within three days of rounding out three score and ten Mark Twain appeared at the Willard Hotel today to have within him the “arteries of a man of forty.” His lithe step, his erect carriage, his clear complexion, his piercing hazel eyes, his deep clear voice, all these characteristics combined would make the average man think Mark Twain to be merely perpetrating one of his jokes when he tells that he will celebrate his seventieth anniversary this Thanksgiving Day.