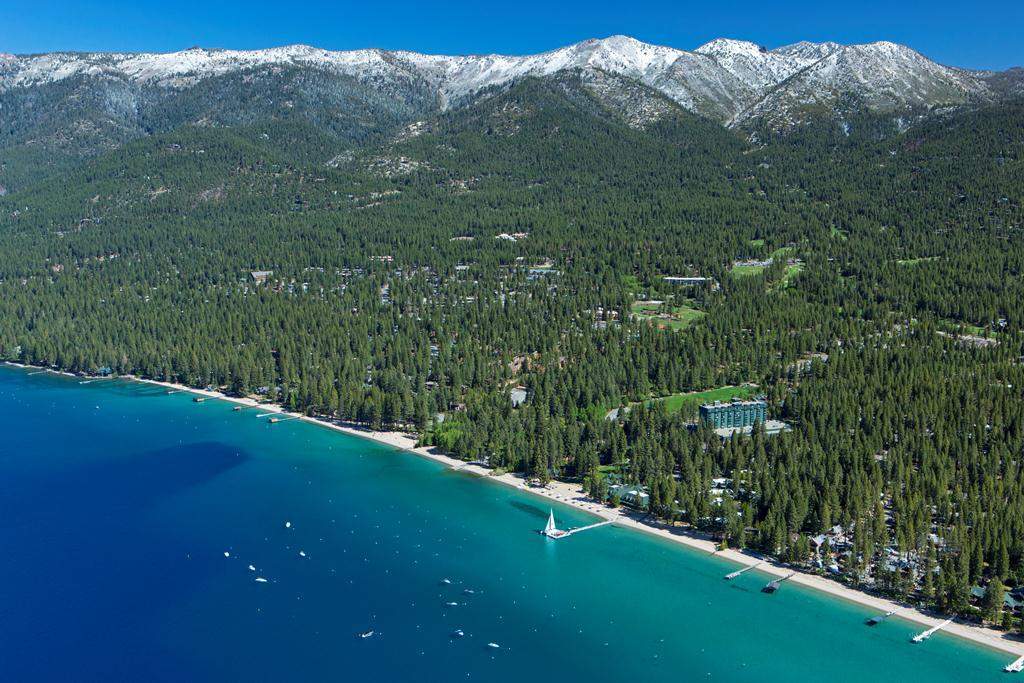 Not long after arriving in Nevada in 1861 Mark Twain and a friend made a trip over the Sierra-Nevada Mountains from Carson City to Lake Tahoe.  This was the first of several trips to Lake Tahoe for Mark Twain while he was in Nevada which he later wrote about in his book Roughing It. 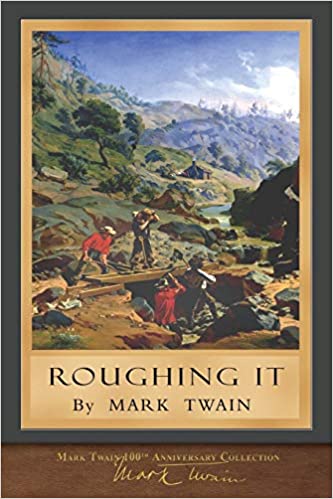 “It was the end of August, and the skies were cloudless and the weather superb. In two or three weeks I had grown wonderfully fascinated with the curious new country and concluded to put off my return to “the States” awhile. I had grown well accustomed to wearing a damaged slouch hat, blue woolen shirt, and pants 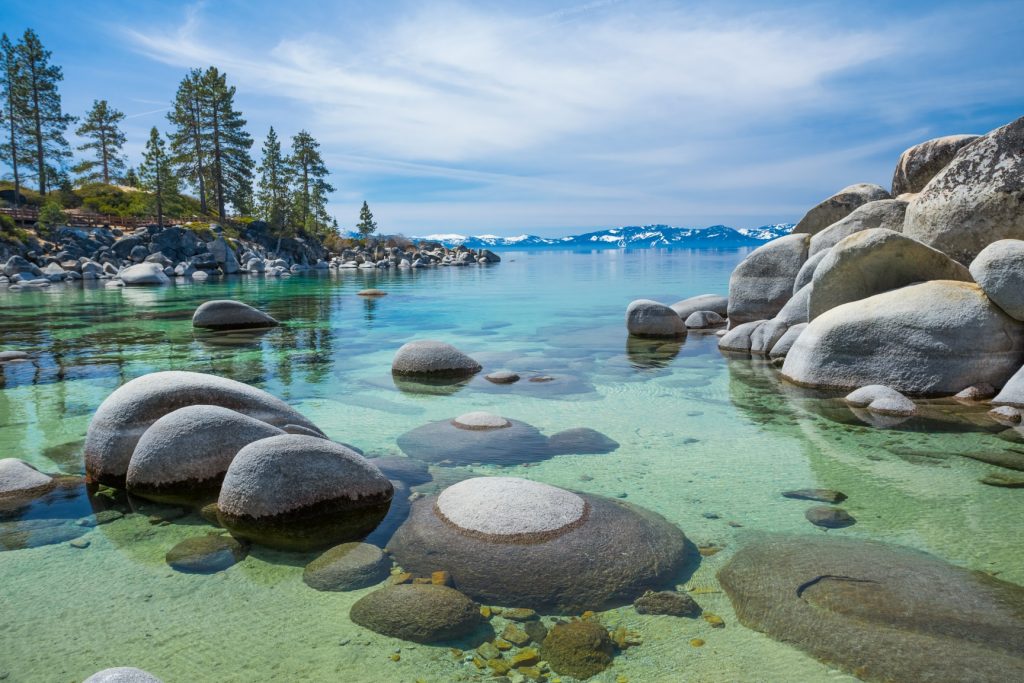 crammed into boot-tops, and gloried in the absence of coat, vest and braces. I felt rowdyish and “bully,” (as the historian Josephus phrases it, in his fine chapter upon the destruction of the Temple). It seemed to me that nothing could be so fine and so romantic. I had become an officer of the government, but that was for mere sublimity. The office was an unique sinecure. I had nothing to do and no salary. I was private Secretary to his majesty the Secretary and there was not yet writing enough for two of us. So Johnny K——and I devoted our time to amusement. He was the young son of an Ohio nabob and was out there for recreation. He got it. We had heard a world of talk about the marvellous beauty of Lake Tahoe, and finally curiosity drove us thither to see it. Three or four members of the Brigade had been there and located some timber lands on its shores and stored up a quantity of provisions in their camp. We strapped a couple of blankets on our shoulders and took an axe apiece and started—for we intended to take up a wood ranch or so ourselves and become wealthy. We were on foot. The reader will find it advantageous to go horseback. We were told that the distance was eleven miles. We tramped a long time on level ground, and then toiled laboriously up a mountain about a thousand miles high and looked over. No lake there. We descended on the other side, crossed the valley and toiled up another mountain three or four thousand miles high, apparently, and looked over again. No lake yet. We sat down tired and perspiring, and hired a couple of Chinamen to curse those people who had beguiled us. Thus refreshed, we presently resumed the march with renewed vigor and determination. We plodded on, two or three hours longer, and at last the Lake burst upon us—a noble sheet of blue water lifted six thousand three hundred feet above the level of the sea, and walled in by a rim of snow-clad mountain peaks that towered aloft full three thousand feet higher still! It was a vast oval, and one would have to use up eighty or a hundred good miles in traveling around it. As it lay there with the shadows of the mountains brilliantly photographed upon its still surface I thought it must surely be the fairest picture the whole earth affords.”

National Geographic used Mark Twain’s descriptions of Lake Tahoe in Roughing It to determine where Twain and his companion camped on the north shore of Lake Tahoe and below is a map with those campsites marked in Yellow.

The great American writer and humorist, Mark Twain (Samuel L. Clemens) camped here in September 1861. During his years at Lake Tahoe and Western Nevada, he became Mark Twain, using the pen name for the first time in 1863. Tahoe found its way into two books and several newspapers articles written by Twain during the 1863-1872 period. In lectures, Mark Twain spoke eloquently of the moving beauty and wonders of the lake to enthralled audiences in the Upper Midwest and Eastern United States, giving them a snippet of true life in the Old West.

At the first site, Speedboat Beach, he and a friend reached it by rowing from the east across Crystal Bay. They camped there several times and had their food and supplies cache there. At the Sandy Beach campsite, they attempted to file a timber claim, but Twain wrote later in his book Roughing It that they lost it to a wildfire caused by a runaway campfire. However, the book account exaggerated the fire’s damage, and he actually returned a week later with others to continue work on his timber claim.

At the Speedboat Beach site, visitors can see the flat granite rocks on which Clemens played cards and dined in 1861. Wading into the water, they can glimpse the large underwater boulders that Twain wrote about on his “balloon voyages” in a rowboat drifting over the lake bottom. At Sandy Beach, one can see the beach where the two men beached their rowboat and slept in the soft sand among protecting boulders. The boulders are now out in the water but still visible, having been moved to accommodate pier construction. While the trees on the timber claim were long ago logged, one can still see surviving examples of the five-foot diameter trees Twain wrote about in Roughing It.

Roughing It was the first time the world was given an introduction to Lake Tahoe, and it helped set the stage for the tourism industry that sprang up around the lake in the late 19th century. Lake Tahoe was his gold standard for lakes; he compared all other to Tahoe, with none ever measuring up to its size, depth, beauty and clarity. In Roughing It, Twain was inspired to write his impression on seeing Lake Tahoe for the first time from high up in the Carson Range, “As it lay there with the shadows of the mountains brilliantly photographed upon its still surface I thought it must surely be the fairest picture the whole earth affords.” These evocative words are still often quoted 150 years after Twain first stepped foot into the Tahoe Basin.

While the Lake Tahoe that Mark Twain knew has changed significantly and in many ways, at these two sites visitors can still absorb the emotive beauty and soul expanding vistas that Twain recalled in his legendary writings.”