“To a Christian who has toiled months and months in Washoe; whose hair bristles from a bed of sand, and whose soul is caked with a cement of alkali dust; whose nostrils know no perfume but the rank odor of sage-brush — and whose eyes know no landscape but barren mountains and desolate plains; where the winds blow, and the sun blisters, and the broken spirit of the contrite heart finds joy and peace only in Limburger cheese and lager beer — unto such a Christian, verily the Occidental Hotel is Heaven on the half shell. He may even secretly consider it to be Heaven on the entire shell, but his religion teaches a sound Washoe Christian that it would be sacrilege to say it.”  Mark Twain, Letter to the Territorial Enterprise, June 1864 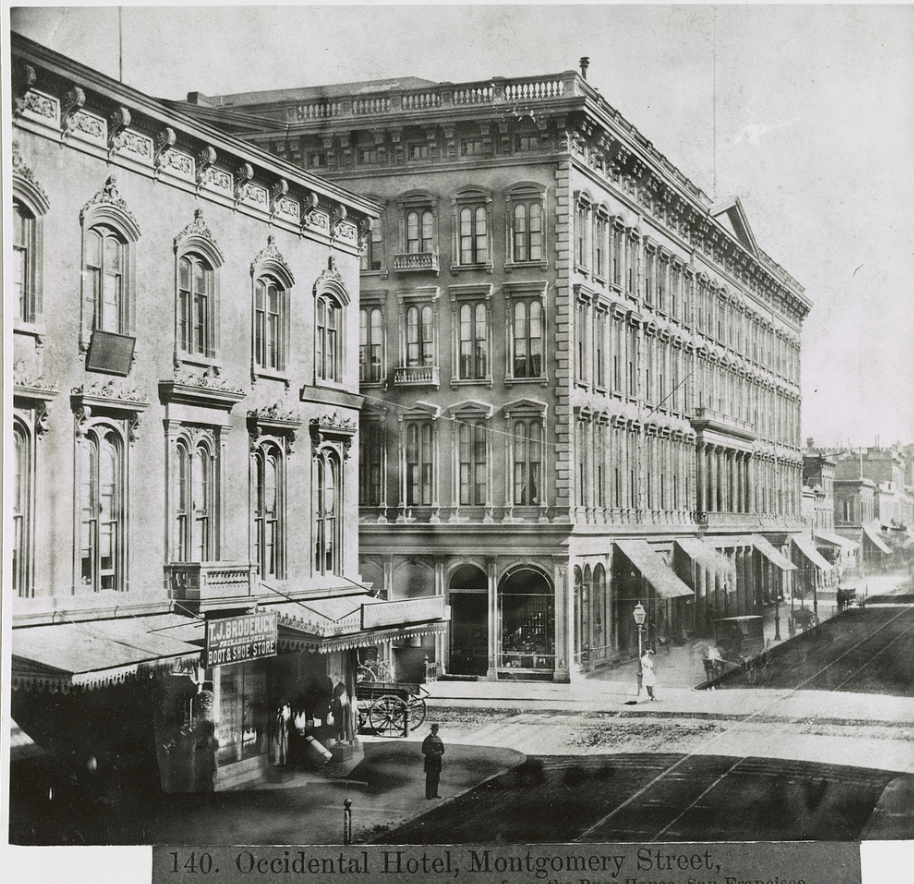