“To do something, say something, see something, before anybody else — these are the things that confer a pleasure compared with other pleasures are tame and commonplace, other ecstasies cheap and trivial.  Lifetimes of ecstasy crowded into a single moment.”  Mark Twain, Innocents Abroad, 1869 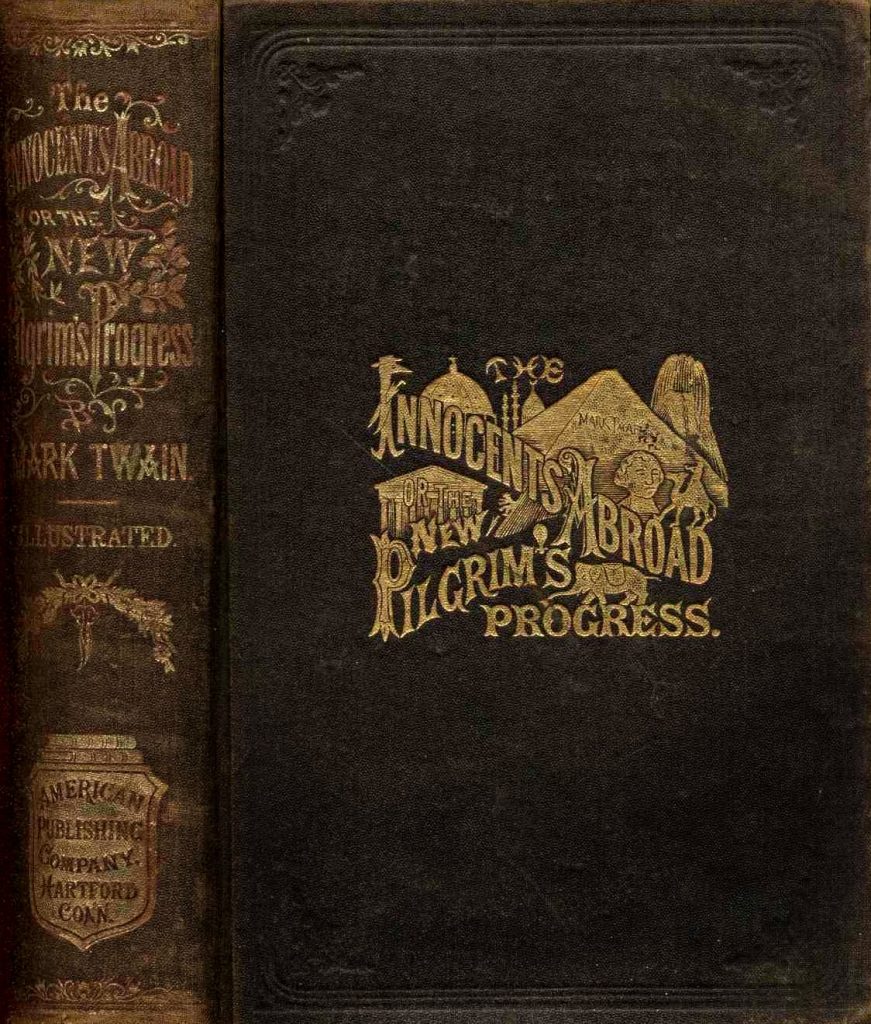 The Great Actor Hal Holbrook died at 95 years old today after an amazing career and 40+ year run playing Mark Twain on stages across America and the world. 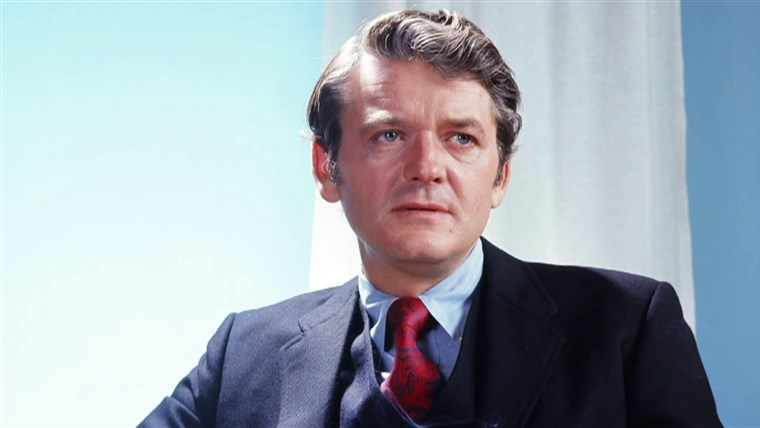 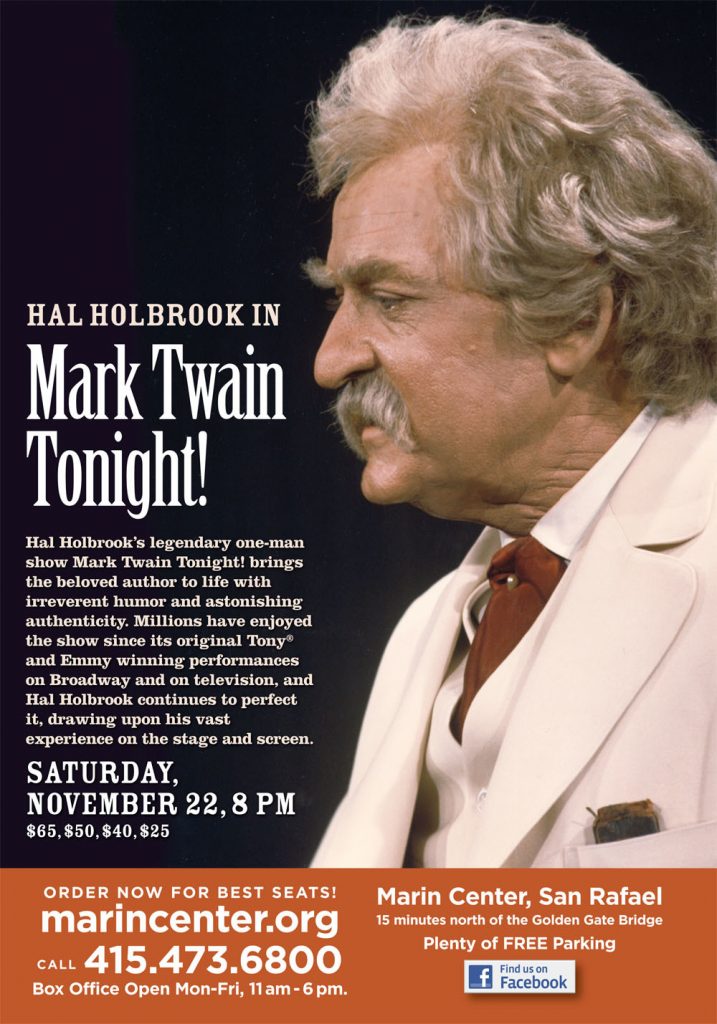 Here’s An Evening with Hal Holbrook program from 2004 >

In 2014 a documentary was released that details Hal Holbrook and him playing Mark Twain on stage for 40+ years:  Holbrook/Twain:  An American Odyssey >

The Mark Twain Trail sends our condolences and prayers to the family of Hal Holbrook and much thanks to Mr. Holbrook’s great work over the years playing Mark Twain to millions of people both in America and around the world. 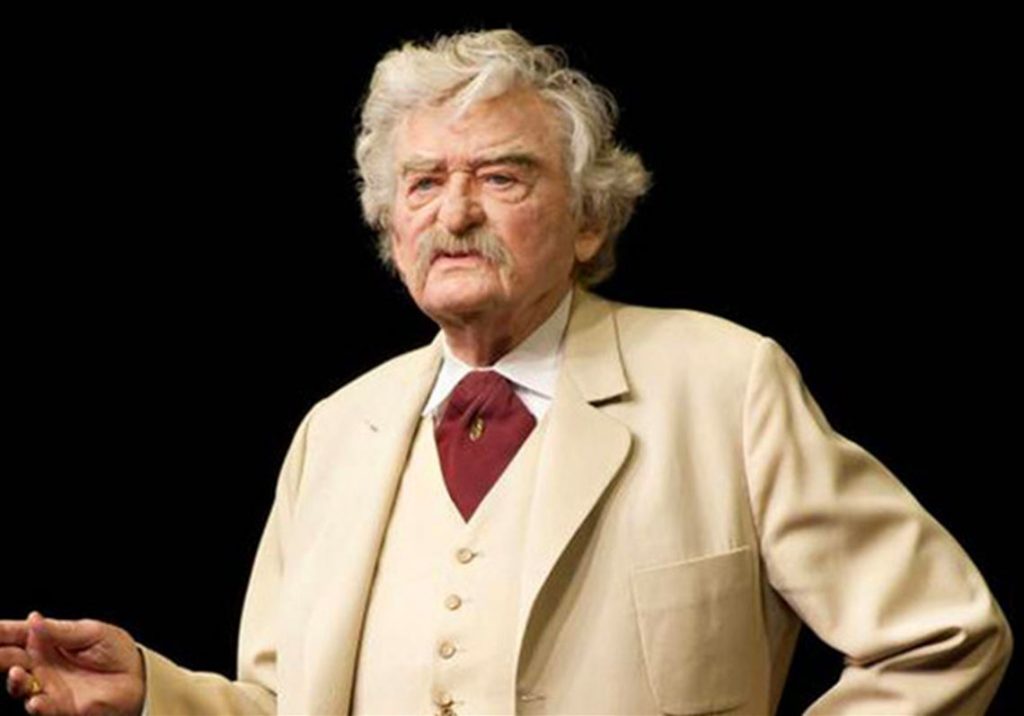 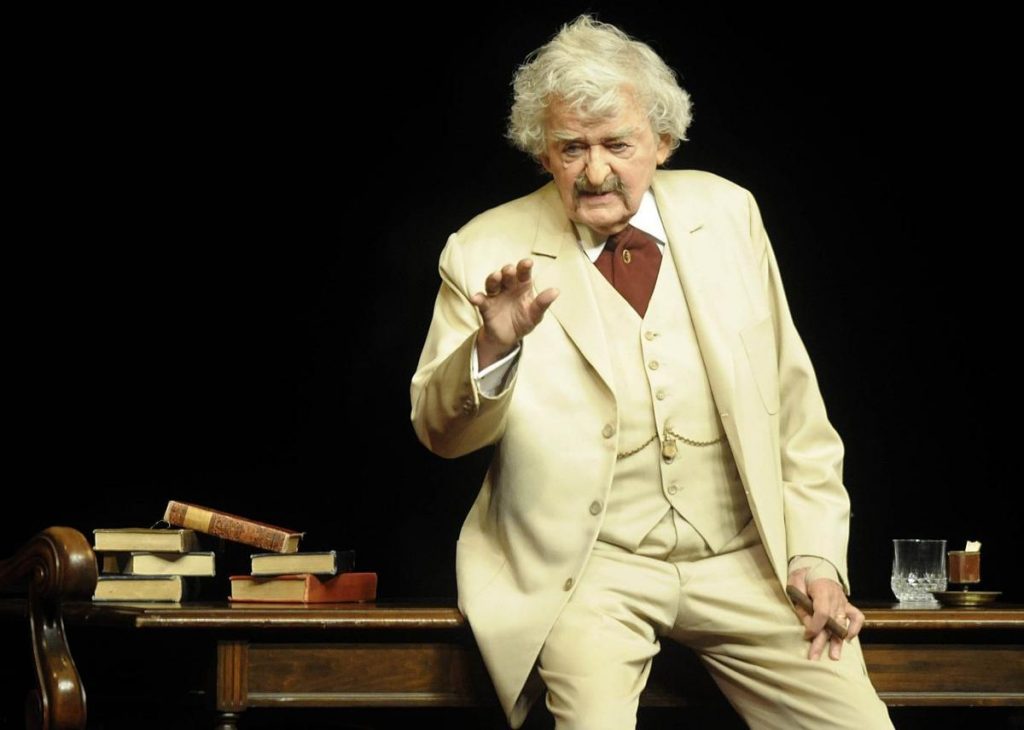 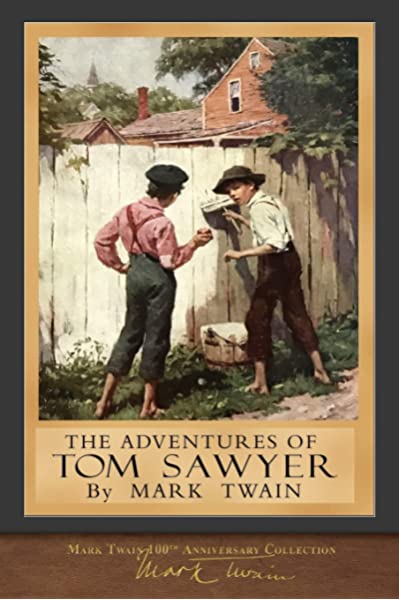 “Travel is fatal to prejudice, bigotry, and narrow-mindedness, and many of our people need it sorely on these accounts. Broad, wholesome, charitable views of men and things cannot be acquired by vegetating in one little corner of the earth all one’s lifetime.” Mark Twain, The Innocents Abroad, 1869 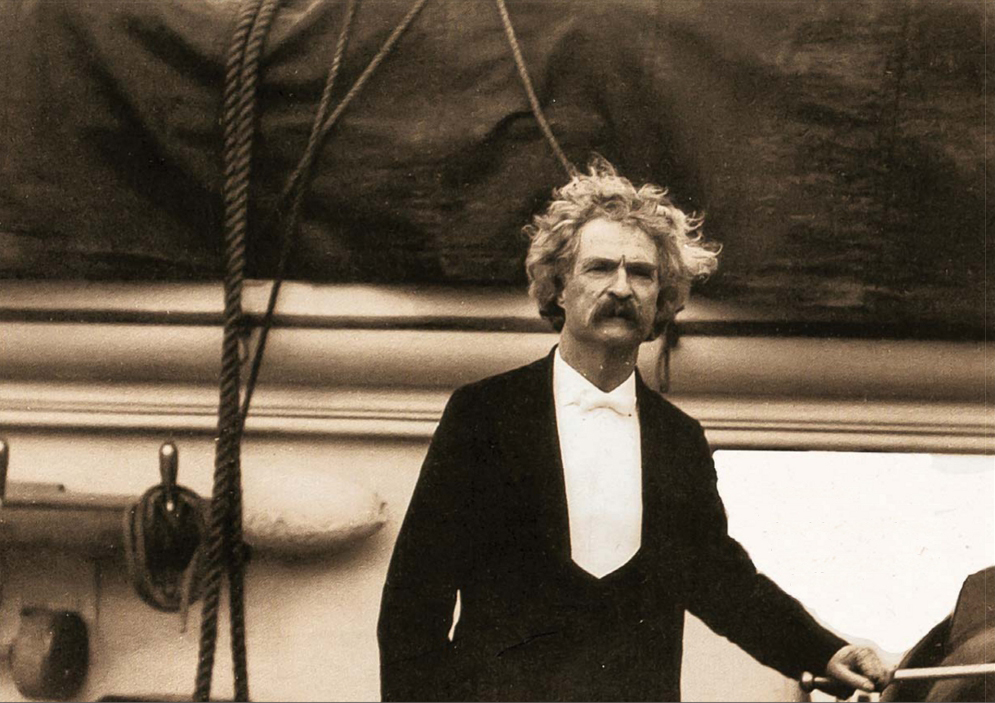 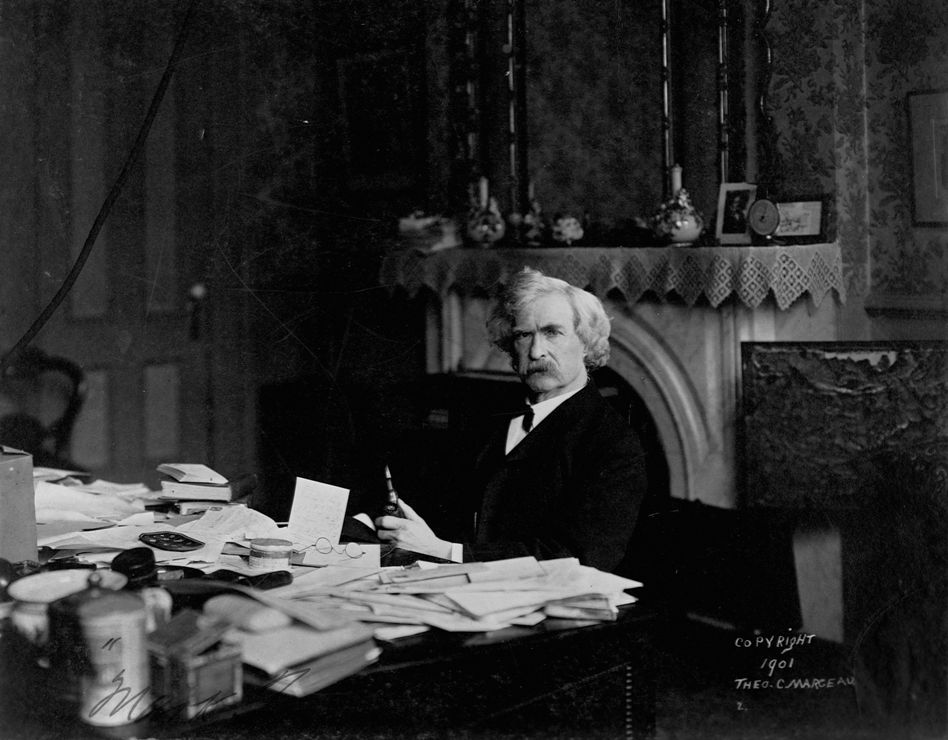 “Age is an issue of mind over matter.  If you don’t mind, it doesn’t matter.”  Mark Twain 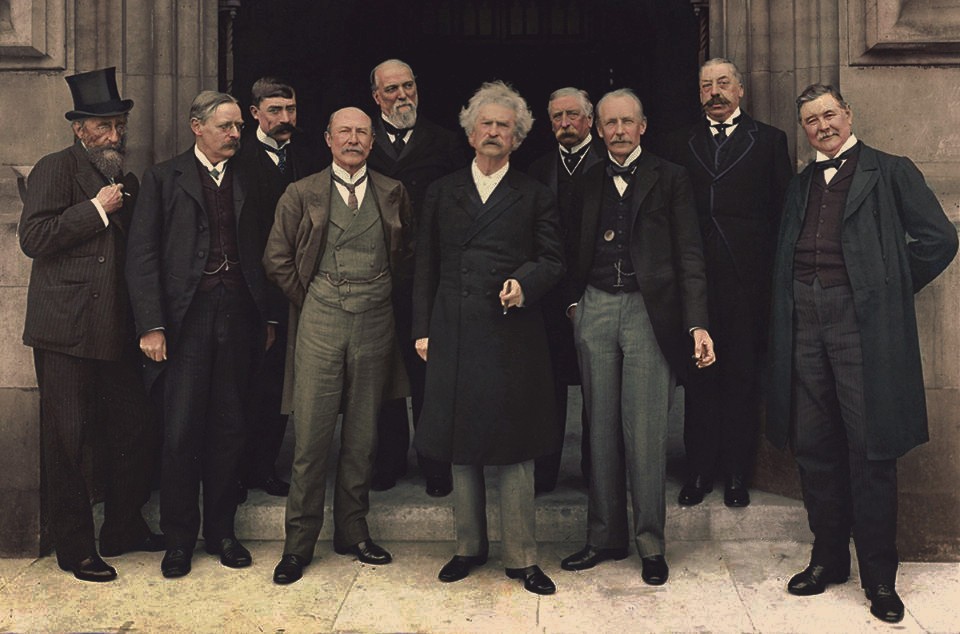 “The most interesting information comes from children, for they tell all they know and then stop.”  Mark Twain 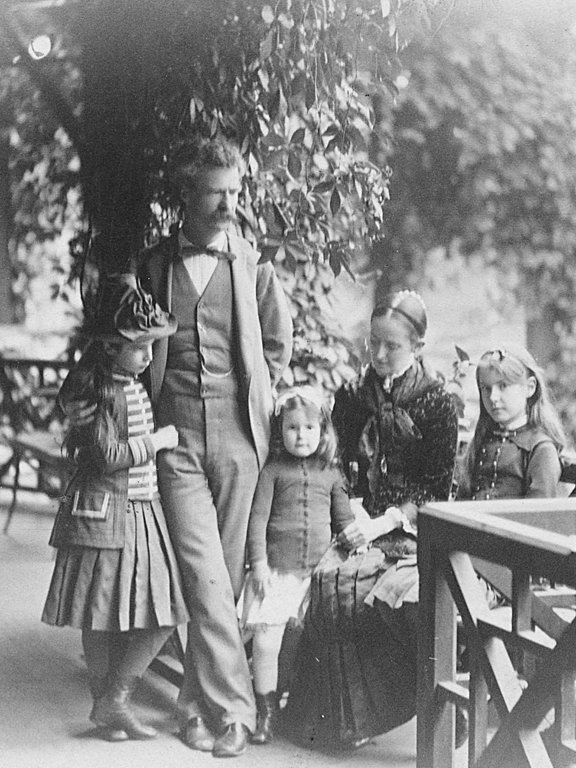 “When we remember we are all mad, the mysteries disappear and life stands explained.”  Mark Twain 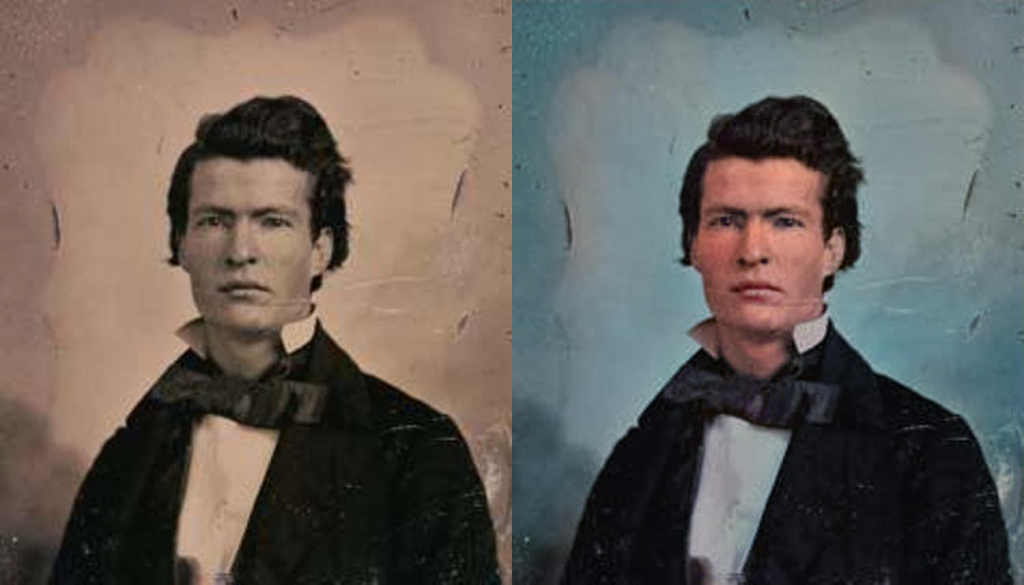