November 30, 2020 would have been Mark Twain’s 185th Birthday and with the help from the Great Ken Burns let’s look at the life of this amazing man —-> 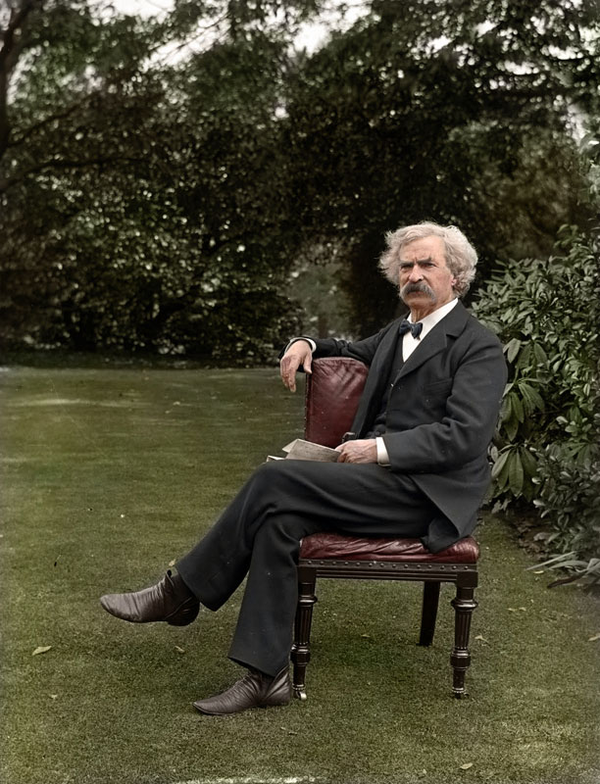 Mark Twain is widely considered the author of the first great American novel—The Adventures of Huckleberry Finn—but his rollicking tales aren’t the only legacy he left behind. His poignant quotes and witticisms have been told and retold (sometimes erroneously) over the last century and a half, and his volume of work speaks for itself. Over the course of his legendary career, Twain—real name Samuel Langhorne Clemens—wrote more than a dozen novels plus countless short stories and essays and still found time to invent new products, hang out with famous scientists, and look after a house full of cats.

1. MARK TWAIN IS A NAUTICAL REFERENCE.
Like many of history’s literary greats, Mark Twain (né Samuel Langhorne Clemens) decided to assume an alias early on in his writing career. He tried out a few different names—Thomas Jefferson Snodgrass, Sergeant Fathom, and, more plainly, Josh—before settling on Mark Twain, which means two fathoms (12 feet) deep in boating jargon. He got the idea while working as a steamboat pilot on the Mississippi River—a job he held for four years until the Civil War broke out in 1861, putting a halt to commerce. (However, another popular theory holds that he earned the nickname in a bar. According to reports in a couple of 19th-century newspapers, he’d walk into a pub and call out “mark twain!,” prompting the bartender to take a piece of chalk and make two marks on a wall for twain—two—drinks. Twain denied this version of events, though.)

2. IN ADDITION TO BEING A STEAMBOAT PILOT, MARK TWAIN ALSO WORKED AS A MINER.
Shortly after his stint on The Big Muddy, Twain headed west with his brother to avoid having to fight in the war. He took up work as a miner in Virginia City, Nevada, but…..