“For as much as a year Satan continued these visits, but at last he came less often, and then for a long time he did not come at all. This always made me lonely and melancholy. I felt that he was losing interest in our tiny world and might at any time abandon his visits entirely. When one day he finally came to me I was overjoyed, but only for a little while. He had come to say good-by, he told me, and for the last time. He had investigations and undertakings in other corners of the universe, he said, that would keep him busy for a longer period than I could wait for his return.

“And you are going away, and will not come back any more?”

“Yes,” he said. “We have comraded long together, and it has been pleasant—pleasant for both; but I must go now, and we shall not see each other any more.”

“In this life, Satan, but in another? We shall meet in another, surely?”

Then, all tranquilly and soberly, he made the strange answer, “There is no other.”

A subtle influence blew upon my spirit from his, bringing with it a vague, dim, but blessed and hopeful feeling that the incredible words might be true—even must be true.

“Have you never suspected this, Theodor?”

A gust of thankfulness rose in my breast, but a doubt checked it before it could issue in words, and I said, “But—but—we have seen that future life—seen it in its actuality, and so—”

“It was a vision—it had no existence.”

I could hardly breathe for the great hope that was struggling in me. “A vision?—a vi—”

“Life itself is only a vision, a dream.”

It was electrical. By God! I had had that very thought a thousand times in my musings!

“Nothing exists; all is a dream. God—man—the world—the sun, the moon, the wilderness of stars—a dream, all a dream; they have no existence. Nothing exists save empty space—and you!”

“And you are not you—you have no body, no blood, no bones, you are but a thought. I myself have no existence; I am but a dream—your dream, creature of your imagination. In a moment you will have realized this, then you will banish me from your visions and I shall dissolve into the nothingness out of which you made me….

“I am perishing already—I am failing—I am passing away. In a little while you will be alone in shoreless space, to wander its limitless solitudes without friend or comrade forever—for you will remain a thought, the only existent thought, and by your nature inextinguishable, indestructible. But I, your poor servant, have revealed you to yourself and set you free. Dream other dreams, and better!

“Strange! that you should not have suspected years ago—centuries, ages, eons, ago!—for you have existed, companionless, through all the eternities. Strange, indeed, that you should not have suspected that your universe and its contents were only dreams, visions, fiction! Strange, because they are so frankly and hysterically insane—like all dreams: a God who could make good children as easily as bad, yet preferred to make bad ones; who could have made every one of them happy, yet never made a single happy one; who made them prize their bitter life, yet stingily cut it short; who gave his angels eternal happiness unearned, yet required his other children to earn it; who gave his angels painless lives, yet cursed his other children with biting miseries and maladies of mind and body; who mouths justice and invented hell—mouths mercy and invented hell—mouths Golden Rules, and forgiveness multiplied by seventy times seven, and invented hell; who mouths morals to other people and has none himself; who frowns upon crimes, yet commits them all; who created man without invitation, then tries to shuffle the responsibility for man’s acts upon man, instead of honorably placing it where it belongs, upon himself; and finally, with altogether divine obtuseness, invites this poor, abused slave to worship him!…

“You perceive, now, that these things are all impossible except in a dream. You perceive that they are pure and puerile insanities, the silly creations of an imagination that is not conscious of its freaks—in a word, that they are a dream, and you the maker of it. The dream-marks are all present; you should have recognized them earlier.

“It is true, that which I have revealed to you; there is no God, no universe, no human race, no earthly life, no heaven, no hell. It is all a dream—a grotesque and foolish dream. Nothing exists but you. And you are but a thought—a vagrant thought, a useless thought, a homeless thought, wandering forlorn among the empty eternities!”

He vanished, and left me appalled; for I knew, and realized, that all he had said was true.” 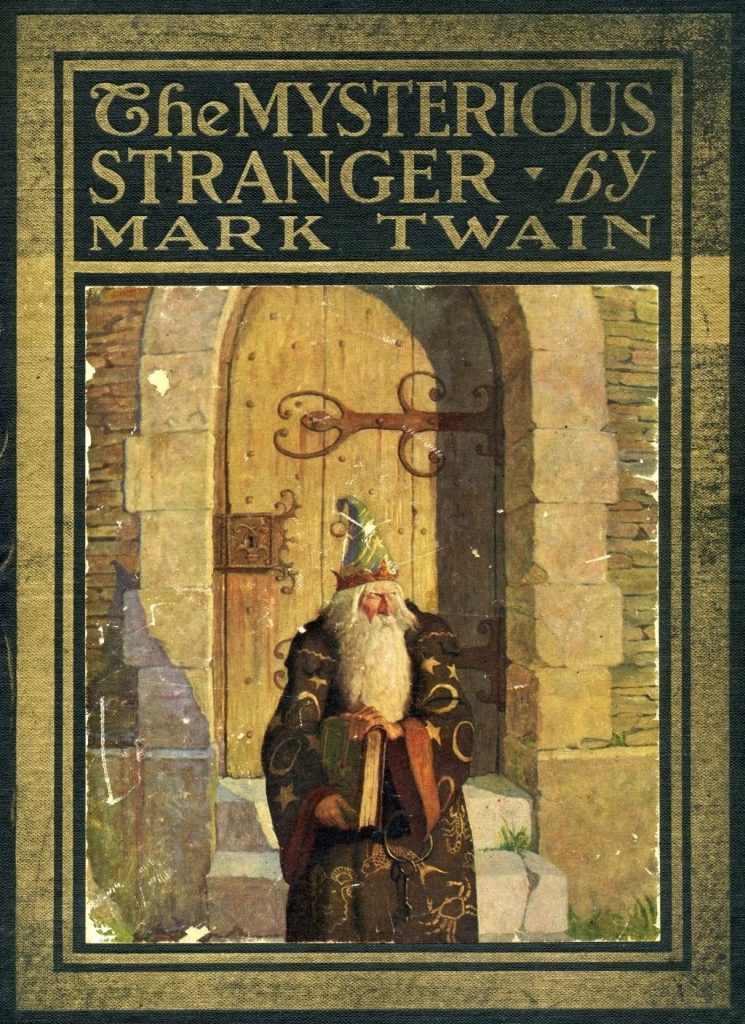 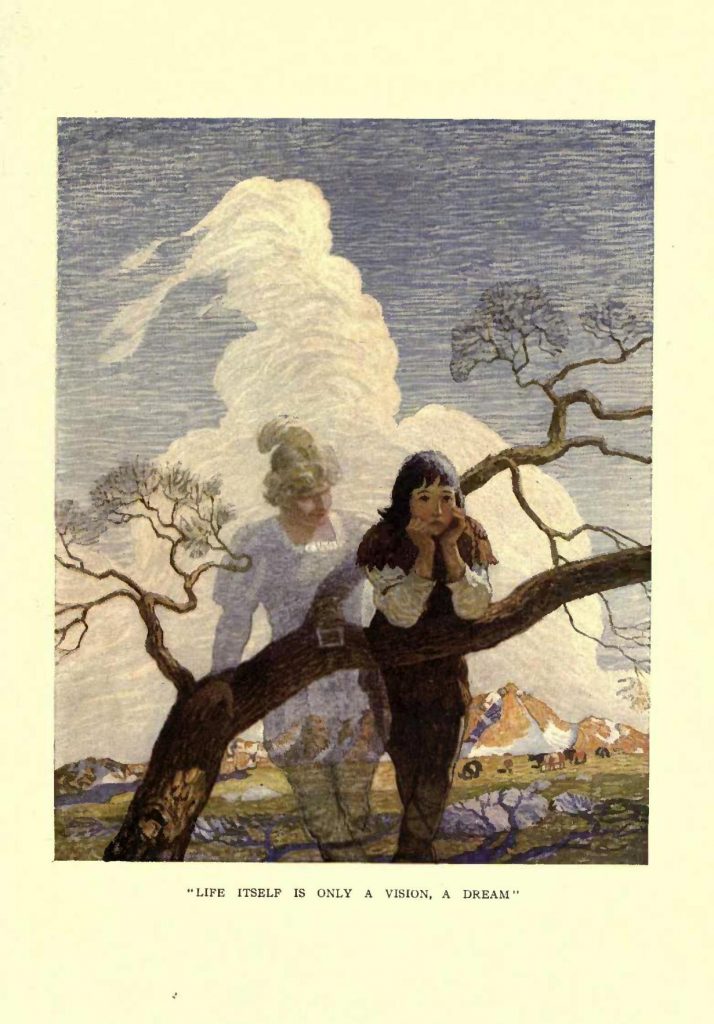